Jujube honey is rich in phenolic compounds and has good antioxidant activity.

Yang Erlin and Cao Wei of Northwestern University’s School of Food Science and engineering and Zhao Haoan of Northwestern University’s School of chemical engineering studied jujube nectar from four regions: Jianxian, Fugu, Dali County and Weinan, the physical and chemical indexes and the content of phenolic compounds were determined, the antioxidant activity in vitro, protective effect on oxidative damage of plasmid DNA and oxidative damage of mouse lymphocyte DNA induced by hydrogen peroxide (H2O2) were studied.

The results showed that the contents of physical and chemical indexes of jujube nectar in Shaanxi accord with the national standards. The results of HPLC-ESI-Q-TOF-MS showed that there were 15 phenolic compounds in jujube nectar, including 4 phenolic acids and 11 flavonoid acids. In vitro experiments showed that Shanxi jujube nectar not only had strong DPPH free radical scavenging ability, Fe 2 + complexing ability and FE 3 + reducing ability, it also has significant protective effect on oxidative damage of plasmid DNA and oxidative damage of mouse lymphocyte DNA induced by H2O2. The research results provide basis for the development and utilization of jujube nectar resources.

The content of total phenol in jujube nectar was positively correlated with Fe 3 + reduction (R = 0.804) , which indicated that the phenolic compounds had strong reduction and antioxidant activity in jujube nectar.

4. The protective effect of jujube nectar on the oxidative damage of pBR322 plasmid DNA induced by OH

5. The protective effect of jujube nectar on H2O2-induced oxidative damage of lymphocyte DNA in mice

Delee Honey is derived from Deli Foods and has been focusing on the production and export of natural honey for decades. All of our honey has traceability control procedures, strictly identifying and controlling products. Supplying natural, safe, and healthy honey is our goal. We have more than 200 apiaries scattered in various regions of China, and each apiary has an average of 200 hives. 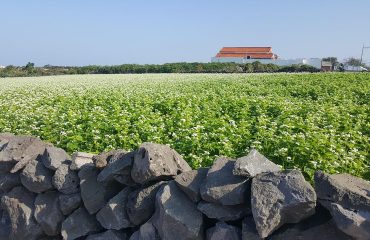 Do you know what is Buckwheat Honey?

This Fall, I Have A Appointment And Honey!

7 kinds of best honey made in China